We Are Looking For Members To Join Our Board of Directors 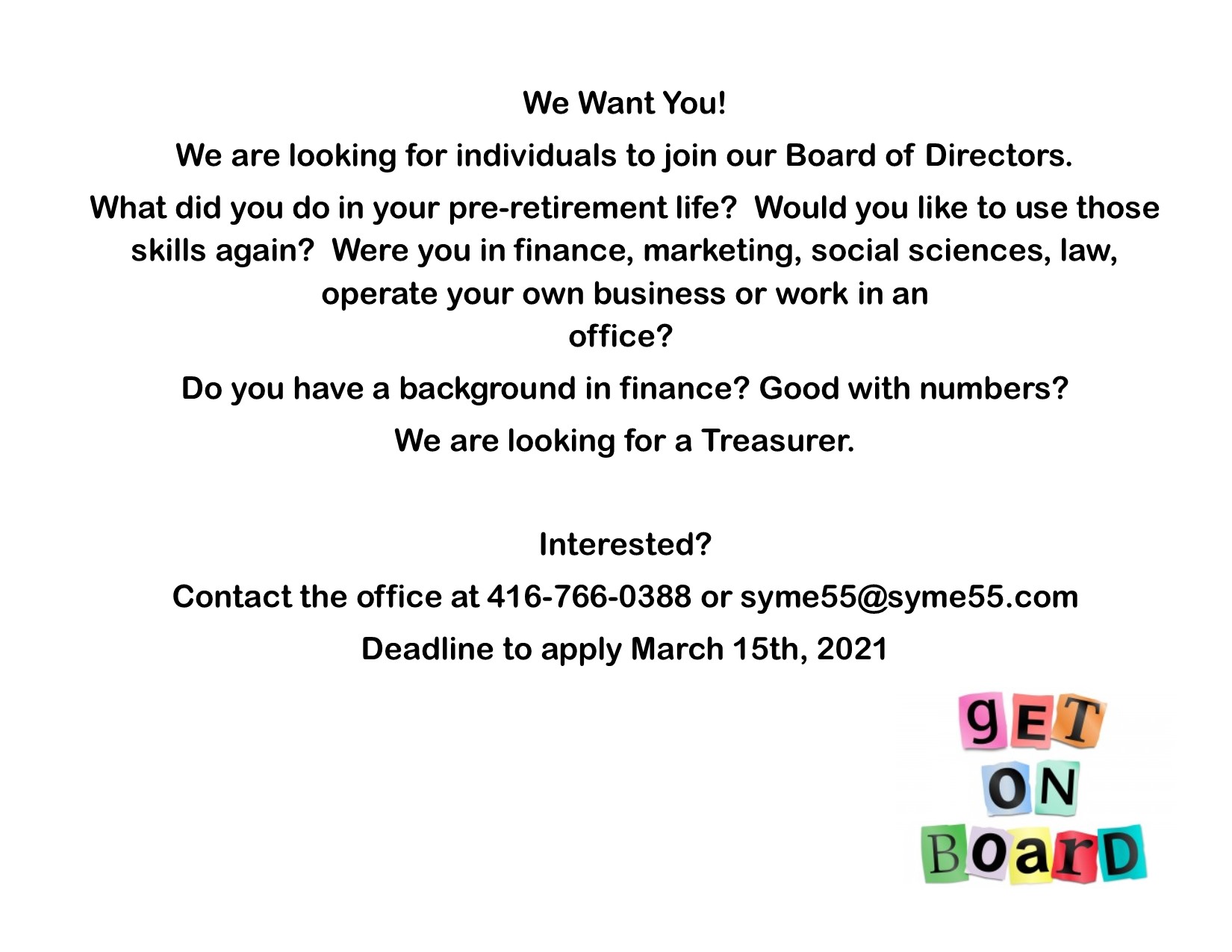 Hello Fellow Syme Members,
My goodness, whoever thought we would continue to be in this state of lock down 4 months after it began. It is tough being isolated from friends and relatives.
I had an appointment at St. Josephs during the closure but had finally rescheduled it for mid-June. It was so exciting to be going somewhere other than a grocery store. I took 20 minutes to decide which earrings to wear. It was the first of many hot days so what to wear was no problem, but the earrings…what a dilemma! It reminded me of the joke about people having to decide what to wear to put out the garbage.
I had my hair cut in January prior to visiting my friend in Florida so everyone who saw me on Zoom exercise classes or meetings will know it was getting quite long, in fact it was below my nose. After hair salons had been open for a week I phoned my hairdresser. There was no answer on either the first or second day of phoning. Thinking the worst (maybe she had closed the business) I drove by to see if it was open. She greeted me at the door. I really hustled getting the car parked and getting inside so my hair could be cut before her appointment arrived. No longer am I running my hand through my hair to keep it out of my eyes or off of my neck. What a wonderful feeling.
I am feeling much better about the exercise classes. For quite a while after I started exercising at Syme I found myself huffing and puffing and sweating and breathing hard when I thought the class nearly over only to discover that a mere 15 minutes had passed. I am doing much better now. Now when I check my watch, in a state of near exhaustion, I discover that 30 minutes has passed. Classes are 1 hour.
Your Board continues to meet via Zoom, to look after the affairs of Syme 55+ Centre. Stratford has cancelled the rest of the season so our Spamalot theatre trip is cancelled.

Don’t forget to give Syme a phone call if you have an issue or concern or just want to chat. The number is 416-766-0388
Stay safe and practice hand washing, wearing a mask and social distancing.

Message From The President – May 2020

Hello Syme Members,
I hope you are all healthy and keeping well and interested.
I am having some trouble with the latter. The other day I tried to phone someone and after dialing the number, I discovered there was no dial tone. It took a while but suddenly I realized that, when I thought I was activating the call, I was actually deleting the number. Oh dear!
Thank goodness for computers, as I have read all my newer books. Now it is time to go to my library which only has stuff that was published in the 60s and 70s. I was bemoaning this to a friend who said that she was rummaging around in her closet and, lo and behold, she found a jigsaw puzzle. Now I have never done a jigsaw puzzle but I am up for a new experience. I was doing some food shopping at Giant Tiger and I picked up a puzzle. I figured that the 1500 piece would be too difficult and the 300 piece not challenging enough so I bought the 500 piece. I still am cat- sitting my friend’s cat and the downstairs cat has the run of the house. I spent all day getting the border down on the jigsaw puzzle, frequently thinking the picture on the box did not resemble this border I was completing, and then I realized that it was upside down. Anyway, the cats like to move things around so not wanting to lose any pieces I covered my handiwork with a towel. When I went to remove the covering many of the 500 pieces were stuck to the towel. So back to reading old books.
For those of you who have access to a computer there is a free jigsaw page at www. Thejigsawpuzzles.com. Naturally I tried. There were 50, 100, 150 and 200 piece puzzles. Of course, based on my experience and knowledge I tried the 100 piece. After 4 hours I had the border completed and was starting on the inside. I accidentally hit a button and the whole thing disappeared, never to be found. But I am not a quitter so I tried the 50 piece. It only took 30 minutes to complete. I felt quite satisfied.
Have you ever watched grass grow? I have not but I have watched the leaves on the maple tree outside my living room window take shape. When this situation began I believe they were only small specks on the end of the twig or branch. Then they became buds, after a while they started to become larger and now they are a cluster of greenery, soon they will be leaves.
Your Board of Directors is becoming more proficient attending meetings via Zoom, but we are not experts yet. We appear to still be a fairly clean cut bunch. We are extremely pleased to have Kelly, Cleriese and Julie still with us. Thank you Prime Minister and government. Staff has reached out to some of our instructors and will be offering limited exercise sessions via Zoom; meanwhile Julie is conducting an exercise class on Facebook which can be seen through our webpage or Facebook. I was able to view it and in fact tried the exercises. If I can find it, so can you.

Don’t forget to call Syme, 416-766-0388, if you need to hear a friendly voice or have a concern.
No one knows how long this will go on but we will meet again at our Syme55+ Centre.
Stay strong, stay safe, stay healthy.

Tours Designed by Year Round Travel

There are no current trips scheduled. 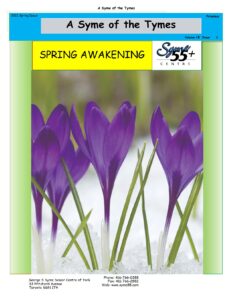 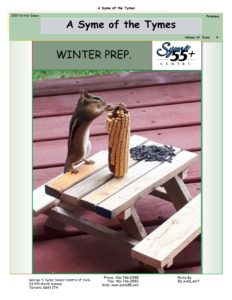 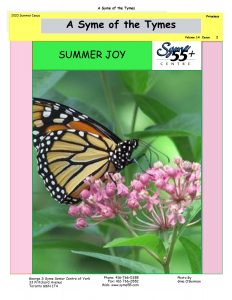 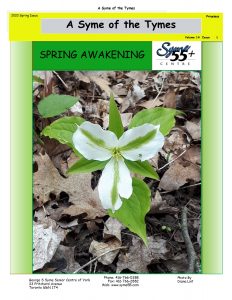